by Iva
in Travel Ideas + Lists
Reading Time: 5 mins read
Share on FacebookShare on Twitter
Please note this post may contain affiliate links. IvaSays may earn an Affiliate Commission if you purchase something through recommended links in this article, at no extra cost to you.

Things to do in Munich, Germany

During my unforgettable adventure in Germany, the one when I visited the stunning Bavarian castles, I also had the opportunity to go to Oktoberfest and explore the beautiful city of Munich. Considering the fact that we first went to the castles and then to Oktoberfest, I somehow ignored Munich altogether and was focused on the two former locations. Fear not, this modern and rich city managed to easily win me over.

I am yet to write my destination review of Munich, but in the meantime, I wanted to share with you 10 spots that anyone exploring Munich must visit. Beware, Munich is huge and has a lot to offer; there are palaces, parks, statues and numerous museums that travelers will love. However, I picked the ones that I found the most striking, so those having a day or two could place them on top of their Munich bucket list.

Marienplatz, or Mary’s Square, is a popular central square in Munich, which actually used to be the main one since 1150. On the North side of the square, there’s the Neues Rathaus, New City Hall; right next to it is the Altes Rathaus, the Old City Hall. Both are magnificent buildings, but not the reason for the square’s name. Namely, the Marian column in the center of the square is what inspired the name of the square.

This spot is especially popular during the Christmas Market in Munich, but also every day at 11 AM and 5 PM when the Rathaus-Glockenspiel starts chiming. Watching the 32 life-size figures move in circle and dance, accompanied by 43 bells, was a truly unique experience.

Eisbach is a 2-kilometer-long river made by men that flows through the Englischer Garten (English Garden). The river itself is picturesque, but not too special. However, the cool part about it is the standing 1-meter wave, which is extremely popular among surfers. It is shallow and very cold; thus, it’s for experienced surfers only. Anyway, it’s really cool to watch other people do it, even if you’re not really prepared for such an adventure.

This Palace in German is called Schloss Nymphenburg, which would translate into Castle of Nymphs. This palace is built in Baroque style and it was used ass the main summer residence of Bavarian rulers of the House of Wittelsbach. Its construction started in 1666, whereas the palace was completed in 1675. I confess that it wasn’t on my bucket list, but random Canadian travelers that shared a table with us at Oktoberfest said that we must see it; therefore, we decided to give it a go and were amazed by it! Not only the building itself is gorgeous, in front of it, there is a lake and fountains, while the resort also includes marvelous gardens and statues too.

Well, if you visit Oktoberfest, you won’t really have a choice when it comes to the Bavaria Statue. This monument is a female personification of the Bavarian homeland. This massive 18-meter statue hides a circular stairway, which leads to the head and offers stunning views of the Theresienwiese (the square where Oktoberfest takes place). Part of the Bavaria ensemble is also a hall of fame. Visitors should have in mind that going up the statute comes with a small fee.

First of all, this museum is placed in a wonderful building built in the Perpendicular Style. The building itself is worth seeing, let alone everything featured inside. This spot is reserved for non-European artworks and offers collections coming from North America, South America, Africa, the Islamic Orient, South and East Asia as well as Oceania.

In this breath-taking palatial building, the Bavarian state parliament has been housed ever since 1949. The building is found on the Isar river bank and in front of the Maximilian Bridge. The façade of the palace was first planned to be completed in neo-Gothic style, but eventually, it had to be altered in Renaissance style. Decorated with columns, arches, and mosaics, this building will make you stop and stare.

Found in the Bogenhausen suburb, the Angel of Peace stands strong in front of a fountain and two staircases that lead to its observation deck. The 6-meter statue is placed on top of a 38-meter-high column made in the Corinthian style. In addition to the Angel of Piece, this monument also features the portraits of German Emperors Ludwig II, Otto and Luitpold, William I, Otto von Bismarck, Frederick II and a few others. Visitors will also bill stunned by the gold mosaics, found in the hall of the temple. The statute was opened on 10th of May 1896 and it’s been a real attraction for tourists ever since.

Those who know me, know that I love water. I literally fell in love with Munich as I walked along the bank of the Isar River, crossed various bridges and took wonderful photos. Tourists can make picnics or simply relax by the river. I was really amazed by its clear waters and remember those walks with lots of love in my heart.

Well, the English Garden i.e. Englischer Garten is a huge public park in Munich. It is located on a large 3.2 km2 area and it was created in 1789. Not only this park is one of the largest in the world, but it also offers lots of sights and attractions. Some sights that cannot be missed are the Japanese Teahouse, Monopteros, the Chinese Tower, and the Hirschau.

There are lots of churches around Munich and it seems that all of them boast with impressive historical and architectural value. Some not to miss would be Frauenkirche, St. Peter’s Church, Theatine Church and Abbey Church of St. Anna.

While I highly recommend travelers to see these 10 things in Munich, I also strongly suggest them to explore the city even further. I was in Munich for two days only and wasn’t able to see all the awesome things it has to offer, such as the BMW Museum for example.

Check out our video of Marienplatz, Eisbach Wave, and Angel of Peace Statue from our recent trip to Germany. It’s available in 4K.

All these sights listed here can provide you a free adventure (if you don’t enter some of them) and let you experience the city as much as you can in such a short time. Believe me, even if you stick to these landmarks only, Munich will surely make you fall in love with it. 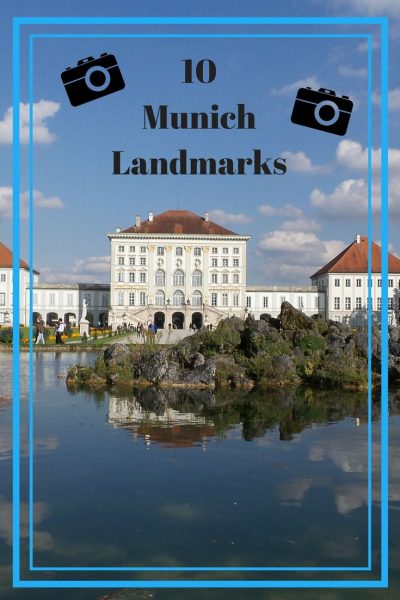 All you need to know about Airbnb Room Hosting

Why We Should All Make Time For A Summer Holiday

5 Fun Activities to Do in Monaco

5 Tips On How to Meal Plan When Traveling

Why We Should All Make Time For A Summer Holiday