by Iva
in Travel Resources
Reading Time: 8 mins read
Share on FacebookShare on Twitter
Please note this post may contain affiliate links. IvaSays may earn an Affiliate Commission if you purchase something through recommended links in this article, at no extra cost to you.

This summer I had the great opportunity to visit and explore Budapest. Even though there are numerous reasons to travel to Budapest during the summer months, I’ll admit that food was one of mine. Trying to figure out how to make the most out of the city while I try various specialties, I found out about BiteMojo and its Budapest food tour.

Are you wondering what BiteMojo is? Well, this is actually a very awesome concept that enables users to purchase food tours in various cities worldwide. Luckily for me and Milena, Budapest was on the list and thus we decided to try the Trendy Budapest Self-Guided Food Tour.

Disclosure: We received the Trendy Budapest Food Tour for free from BiteMojo in order to share our opinion about their products, but this isn’t a sponsored post.

Before you decide to book a food tour, you are given a nice introduction to local cuisine as well as the bites (dishes) you are going to try on your journey. Plus, there’s information on working hours of the restaurants you’re going to visit and tour length. Needless to say, we were extremely excited and reserved an entire day for this purpose only. After all, who doesn’t like a local walking food tour and wine tasting?

However, before sharing our excellent and pretty delicious experience, let us first introduce you to BiteMojo and how it works.

BiteMojo is a company that provides food tours through its Bitemojo app. The food tours provide unique self-guided, affordable, and delicious food experiences in the destinations you are traveling.

They don’t have food tours everywhere, but major travel destinations are covered like Bangkok, Barcelona, Berlin, Budapest, Jerusalem, Lisbon, Ljubljana, Madrid, Rome, Singapore, and Tel-Aviv. And if you love the bitemojo food tours and want to bring it to your own city, you can become a bitemojo local partner.

In order to use BiteMojo, a person must download the app using this link and then create a profile. Finding the city, you’re interested in is fairly easy as you can use the search bar. Once a city is selected all the food tours available for the location are displayed. For example, in Budapest, you can go for the Trendy Budapest Tour or Night & The City Budapest Tour.

You can explore the offerings before booking anything; this makes it possible for users to check what they get, how much time they should plan to invest in the food tour as well as how many kilometers they should be prepared to walk or bike.

What Do You Need for a BiteMojo Food Tour?

It’s absolutely a must to have your smartphone with you; the one on which you have the BiteMojo app installed. Also, you must have Internet access as not all spots offer Wi-Fi, which is necessary for claiming bites.

Depending on the weather conditions, you may need additional gear such as umbrella, raincoats,

or sunglasses. I would also advise comfortable shoes

as you’ll be walking most of the time.

Needless to say, you’ll also need a healthy appetite as the bites usually aren’t as small as you may imagine them to be. However, this is not a huge issue as you are allowed to pause the tour and then claim the rest of the bites later in the day or even another day.

What Happens When You Book a BiteMojo Food Tour?

Naturally, we were excited to find out what happens after a food tour is booked. Well, you receive your tour on your BiteMojo profile. You can access all your available tours via the app and check their status. When I say status, I mean how many bites you have left of a certain tour.

For example, when I would enter my Trendy Budapest Food Tour I would see that I have six bites in total as well as numerous hidden gems. That’s right – the tours come with hidden gems as well; these are spots in the city, which are along your way, and are worth visiting.

Whenever you are prepared to start the tour, you simply hit the “Start Tour” button and you’re up for an adventure.

What Happens During a BiteMojo Food Tour?

This is probably the most interesting question so far. Well, the first step of all BiteMojo food tours is to get to the starting point. The app provides a comprehensive map that shows you the starting point as well as your route, bite stops and hidden gems.

Once you confirm you are at the starting point, you can just follow the path and explore the various hidden gems or claim bites. Claiming bites is done easily as you just need to show the appropriate screen to the employees at the restaurant. Once they confirm your bite, you will be seated, and the bite will be served to you.

Certain food tours offer you the chance to choose between two different bites. In such a case you need to point out to the waiter which option you prefer.

After the bite is claimed and consumed, you will be given a chance to rate the experience. Completing ratings is recommended as they earn you Bite Credits, which later can be exchanged for additional bites.

You keep exploring hidden gems and claiming bites either until all bites are claimed or you hit the “End Tour” button. Once again, you are given the chance to write a review of the entire food tour and the adventure is officially over.

So, finally, let’s move on to our personal experience with the Trendy Budapest Food Tour we booked. As I said, we reserved an entire day for it and that turned out to be a great decision. At the time, we weren’t aware that there’s more than just eating; hence, it was excellent that we had the time to properly enjoy the hidden gems around Budapest.

Just like the name suggests, the tour was set in a trendy Budapest neighborhood and started with a fresh juice. It was just the perfect beginning of an adventure into the unknown. We picked our flavors and moved on to what was expecting us ahead.

Our next bite stop was Pork Sausage or Chicken Liver Pate; we decided to try both options. Milena loved the sausage, while I enjoyed the unusual combination of the Chicken Liver Pate on a delicious bread, topped with cooked fruit that seemed to me to be a mango. We were already feeling full, but fish soup or gulyas was waiting for us, so we decided to go for it. I enjoyed the fish soup, whereas Milena said the traditional Hungarian gulyas was excellent. Three out of six, and we were already pretty happy with what we got.

The final dish before moving on to the dessert bites was wine tasting with tapas. We enjoyed this bite especially as it was in a fancy wine bar, served magnificently. It was a bit too much after the juice, beer and sparkling water to try three types of local Hungarian wine and eat some more; nonetheless, we did it!

We were two hours into our tour and it was 5 PM already. We knew that the tour had to be concluded until 6 PM, so we had to hurry in order to claim all the bites; doing that the following day wasn’t an option as we were leaving for Ljubljana. We arrived in time for the delicious strudel and coffee, however, in the end, we missed the last bite that was the slice of cake.

Pros and Cons of the Trendy Food Tour Budapest

Even though we were quite full, we were disappointed to see the last bite shop close 15 minutes earlier in front of our noses and not get our last bite. This was possibly the biggest disappointment when it comes to BiteMojo.
Another con, I would like to point out is the general lack of information employees have about BiteMojo. Even though the bars and restaurant have the BiteMojo sticker on their doors, employees seemed unfamiliar with the tour, and we had to ask them to contact the manager or owner in order to claim our bites.

Other than that, I believe BiteMojo is a great way to explore a new city or even a city you’ve visited before. It saves you the time to do research on what to eat and where to eat. Plus, you get several smaller dishes for a nice price, instead of getting one or two large meals only. And you can split the bites up for when you fill like eating – you don’t have to finish the bite tour all at once.

Most importantly, BiteMojo, even though a food application, is so much more than just eating. This app gives you the chance to truly discover a place and some of its top spots too. I must say, I was expecting much less when I got the Trendy Budapest Tour and therefore I was delighted with it in the end.

All in all, I believe that BiteMojo is a great idea put into practice. Sometimes the app would freeze, or the map was not centered correctly; however, the general experience was awesome, and I would love to try it wherever it is offered.

Regardless whether you book a food tour for yourself or for a gift, I believe you won’t regret that decision even with the cons of this concept. In my case, not only I didn’t regret trying the Trendy Budapest Food Tour, but I also gave the Tale of the River Ljubljana Food Tour a go as well. 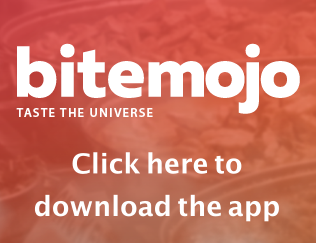 20 Passive Income Ideas To Make Money While Traveling The World

What is a Digital Bank And Why Use It When Traveling?

Budapest Hungary – A Magical Mix of History and Contemporary Life