Panayeah! Everything You Need To Do In Panama

by Iva
in Destinations
Reading Time: 3 mins read
Share on FacebookShare on Twitter
Please note this post may contain affiliate links. IvaSays may earn an Affiliate Commission if you purchase something through recommended links in this article, at no extra cost to you.

Things To Do and See in Panama

Are you sick of going to the usual tourist hotspots around the globe? You know the kind of places – countries like France, Mexico, and Morocco. They’ve got such huge tourism industries that millions of visitors travel to hundreds of tourist hotspots each year. If you are sick of all the crowds, then you’re probably really interested to find out about some countries that aren’t on the well-beaten path. Well, how about Panama?

This Central-American country has a fantastic location – it’s not too far to get to it from the United States and borders the exciting countries of Costa Rica and Colombia. As it isn’t such a huge tourist destination just yet, you will find it very cheap to visit. In fact, there are so many reasons why this amazing country should be on your to-do list. Here are just a few.

Everyone needs to visit Panama City at least once. It’s such a vibrant city and has fantastic bars and restaurants that you can have heaps of fun in. You can learn more about the city’s great scene online. There’s a surprising amount of history to discover in the city as well. For instance, you can explore Panama Viejo, which is a historical heritage site.

Of course, it would be impossible to write a list of things to do in Panama without mentioning its super famous canal. It’s a 48-mile man-made waterway that connects the Atlantic and Pacific Oceans. You can take a boat trip along the canal or simply walk along a section of its banks. 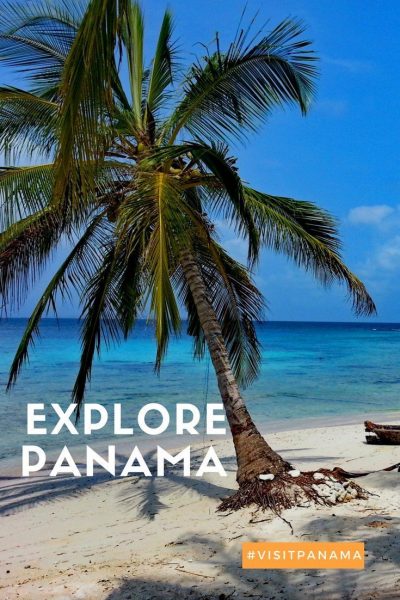 Panama is lucky enough to still have large areas of rainforest across the country and you can experience these regions by going on a jungle tour or trek. There are lots of different tour groups and organizations that organize group tours throughout the year. You can choose tours that stretch over different periods of time, so you don’t have to go for a week-long trek if you don’t feel up to it! While you are immersed in the jungle, you will see some rare exotic animals and insects that live amongst the trees!

If you want to get up close and personal with some of Panama’s animal residents then take a trip to Monkey Island. Again, you can take a tour out to the island and the boat trip over there will be included in the price. The monkeys on the island are very used to humans now and you might be surprised at just how tame they are – in fact, some of them try to jump onto the boats as they arrive at the island!

Panama is known for its amazing coffee, so be sure to sip some of its tasty varieties while you are over there. Make sure you try the Boquete variety – it’s so good, it’s often called the “champagne of coffees”!

So, has this blog post whetted your appetite for a trip to Panama? Hopefully, you’ll be saying “PanaYEAH”!

A Weekend in the City of Love: Experiencing Rome in 48 Hours

Turn Your Car Into A Hotel On Wheels