US States to Visit

by Iva
in Travel Ideas + Lists
Reading Time: 3 mins read
Share on FacebookShare on Twitter
Please note this post may contain affiliate links. IvaSays may earn an Affiliate Commission if you purchase something through recommended links in this article, at no extra cost to you.

The USA is one of those iconic locations that will feature on many bucket lists all over the world. Am I right? But, I think there can be a real difference in opinion in terms of what locations feature on the bucket lists and what don’t. However, with there being fifty states to choose from, and an abundance of cities and iconic breathtaking experiences, where and what should be on your bucket list? While the difference of opinion will be there, I wanted to share with you four states and information on them that could be worth adding to your bucket list, if they aren’t already on there in some shape or form.

While it may not be an obvious choice, Alabama is a great location to consider in terms of a vacation. Especially if you are a bit of a history buff. That is because there is a lot of landmarks from the American Civil Rights movement. There are always great pit stop locations such as the Microtel Inn & Suites by Wyndham Decatur serving up excellent points to explore the state in more detail. If you love a city vibe, then the capital of Montgomery is definitely one to add to the list.

Florida is probably on many bucket lists due to the fact Orlando is such an iconic place to visit for all the fabulous theme parks on offer. But you might want to consider some other things to do there. Miami, first of all, is a fabulous city to visit offering a real Latin-American influence with amazing restaurants and bars along the famous South Beach. But you also get the outer suburban areas such as Fort Lauderdale and even taking an adventure on The Everglades. Sometimes you just have to look beyond the obvious choices to see what really is on offer.

Thanks to the like of Los Angeles with the famous Hollywood, and San Francisco with iconic sites such as Alcatraz, there is no wonder that this state will feature heavily on bucket lists all over the world. But there is more to see and do here. You have the fabulous Orange County, suburban beautiful areas such as Laguna Beach. Meaning that actually, it is quite popular to do some form of a road trip to California to really see what it has to offer.

Texas, a Southern state on the border of Mexico, is definitely one of those states that has more to offer than it meets the eye. There really is a lot to offer in terms of locations. You have the famous Houston, which for space enthusiast would be a must just for the opportunity of heading to NASA. Then you have the Austin, which is famed for its live music scenes. Finally, you have the fabulous location of San Antonio. Offering a real multicultural mix of influences, you won’t want to do much else than soak up the atmosphere in a riverside cafe.

I hope that this gives you some inspiration from some of the best locations in the US for your bucket list. 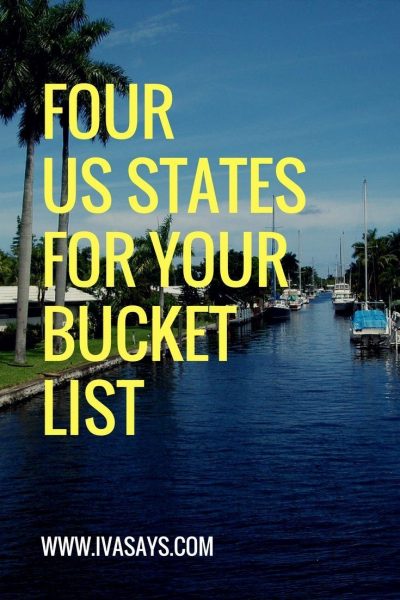 A Weekend in the City of Love: Experiencing Rome in 48 Hours

5 Exciting Things To See and Do In Las Vegas

5 Fun Activities to Do in Monaco

Panayeah! Everything You Need To Do In Panama